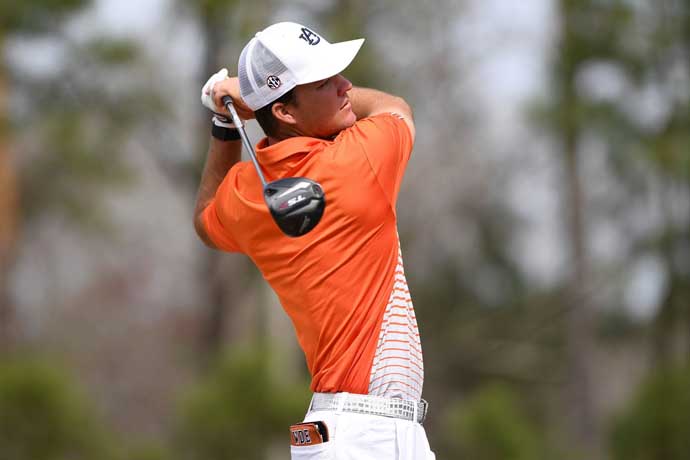 Alabama’s and Auburn’s men’s team began their spring seasons at the Gators Invitational, while the Tide and Tigers women’s teams opened play at the Moon Golf Invitational.

Auburn tied for second with Georgia at the Gators Invitational with a 54-hole total of 816, five shots off host Florida’s winning pace. Alabama was further back at 823 to finish in sixth place.

Auburn’s Andrew Kozan and Georgia’s Trent Phillips tied for medalist honors, each crafting 11-under 199 totals. Wilson Furr was Alabama’s top finisher in a tie for sixth place at 204.

It was the first individual title for Kozan, who was named SEC Men’s Golf Player of the Week.

In Mobile, Illinois ran away with the Mobile Bay Intercollegiate title on the strength of Michael Feagles’ individual championship. Feagles shot 16-under 200 to win by eight shots, helping the Illini to a 54-hole 827 total. UAB shot 852 to finish fifth, led by Drew Mathers who tied for 14th place at 212. Yannick Schuetz led South Alabama to an eighth-place finish with a tie for third place at 209.

On the women’s side, South Carolina (840) won the Moon golf Classic, while Auburn (862) was fifth and Alabama (866) ninth. Alabama’s Polly Mack shot 66 in the final round to finish tied for third at 208, five shots behind Pauline Rossin-Bouchard of South Carolina. Auburn’s top finishers were Elina Sinz and Mychael O’Berry, who tied for 13th place at 215.